DVD Pick of the Week…a month in review.


Made in Hong Kong. 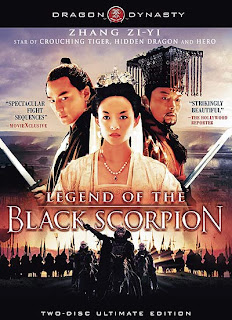 Believe it or not my best friend Star and I spent our beautiful sunny Seattle days last year indoors watching movies imported from Asia. We watched “Old Boy” 5 Stars, “Cello” 5 Stars, “No Sympathy for Mr. Vengeance” 5 Stars, “Time” 5 Stars, “A Tale of Two Sisters” 5 Stars…way too many to list here and by far our favorite was a movie called “The Curse of the Golden Flower” 5 Stars.

We were dazzled by the sheer beauty of the film and scandalized by it’s deep and complex plot. We both thought that this would be the be all end all of modern Chinese cinema, but then comes along a little movie called “The Legend of the Black Scorpion” This 2006 Huayi Brothers rendition of Shakespeare’s Hamlet was nominated for seven, count 'em seven Hong Hong Film Awards and there are no words that I can think of to describe its perfection.
5 Stars

Seen it all before. 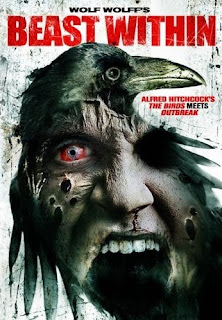 I can handle indie films with poor lighting and strange “artistic” camera angles. I don’t need an all-star cast, outstanding special effect, or a million dollar production movie to be entertained.

However if I have to watch one more zombie movie with bad acting, a non-existing plot line, and a predictable ending I am going to shoot someone in the face.

Wolf Wolff’s 2008 Virus Undead (The Beast Within) not only gets Zero Stars but two thumbs down as well.


I’m not a fan of whodunits but this little gem made a lair outta me! 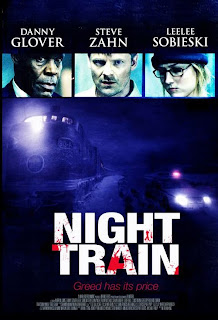 M. Brian King’s 2009 Night Train, not to be confused with Clive Barker’s 2009 The Midnight Meat Train (we’ll talk about that later) is super fun to watch because your not sure which genre your watching and your not even sure what year it is. A man boards a train, and it's apparent that his sick because he’s popping pills like its M&M’s, and another passenger gives him alcohol, and dun dun dun! He dies.

The man who gave him vodka opens the box the dead man is holding and sees diamonds inside. He convinces the other passenger in the car and the conductor to throw the body out of the train so they can keep & split the jewels. We soon find out that every person on that train and even the little Pomeranian have something to do with that damn box. We spend the next very stressful 91 minutes trying to figure out what the hell is going on, and what the hell is inside that box!

No not the one from the Twilight saga…the other one. 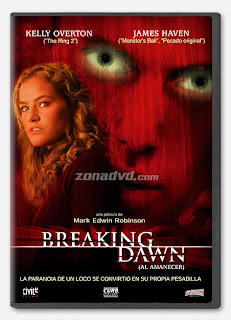 In 2004 Mark Edward Robison released a film called Breaking Dawn. We are introduced to a young medical student who is assigned to psychiatric patient Don Wake as her final exam. At 1st she cannot get through to her patient because he would not speak to her, but when he finally starts talking her tells her about a man named Malachi who is watching them and warns her not to drink the coffee.

She dismisses his claims as delusions until she becomes aware of a man following her, complete strangers start to come up to her to warn her about Malachi, and then she shares his paranoia and stops drinking the coffee. Half way through the movie you can kinda see the ending coming but all and all it’s a decent little indie film that’s worth watching.