Hello readers, as I’m sure some of you have seen I have a page inviting other bloggers, writers, producers or anyone who has something to say or promote to be a guest on my blog. 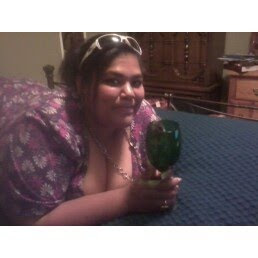 Today we’re going to spend some time talking to my dear friend Amani Darby. She is my principle partner in crime, my 1st editor, & my literary rival. We’ve known each other for over 10 years and her opinion where my writing is concerned is paramount. I love her writing and she has agreed to let me post a piece of her work here and I get to pick the story!

So let’s hear what Amani’s got to say…

What do you think makes a good story?

I think a good story is something that pulls you out of the here and now and suspends you in someone else reality and a great story makes you want to say in that reality.

How much reality goes into your characters, are they your alter ego’s, based on people you know or completely made up?

I think they are little of both of being made up and based on other people. Because of the way that I write they come to me; a situation comes to me or a dialog comes to me, and as I flush the person out memories of how someone responded to a situation or I how responded to a situation in my life that’s what helps bldg the person. It’s like being born, you’re not a complete person at anytime in your life, and I think that when I write neither are the people I write about.

What type of genre do you write in and why?

I have no fucking clue!

Do you work from an outline, or do you just start writing and see where you end up?

I just start writing usually from a dream. That kinda makes me feel asinine…its really hard to answer these types of questions with out saying you don’t write from an outline, I think what I like most about the way I write its visceral, it’s vivid because my ideas do come from a dreams.

I don’t think I draw a line although I have noticed that our writing assignment, that you didn’t do by the way, grab # 1 was my 1st story that had real cussing in it, even my son/editor asked me why is she was talking like that. I think there’s cussing in that piece because it’s so internal.

Besides writing you’re also an editor, which do you enjoy more writing or editing and why?

I think they are completely two different beast and I cannot say that I enjoy one more than the other. It’s like asking which of your kids is your favorite and that’s impossible to answer because your kids are little pieces of you.


Despite the fact that I have read your short stories and poetry you insist that you are not a writer…why do you say that?

I hate you for this question. I think I feel that way because everything thing you’ve read of mine and out of every piece of my work we’ve talked about there are only two of them that are finished and one is a poem…I think I am still in the birthing process.

In closing is there anything else you would like my visitors to know?

Understand that my piece are always in process and my reality is just that my reality, if that offends you please seek professional help.

As promised I'm now going to post one of my favorite pieces from Amani, it's a newer one and it was assigned to us through our writing group. It doesn't have a title yet, she just posted it under the name of the assignment...it's called Grab Bag # 2. It was a 15 minute timed drill, the 1st sentence had to be There was no time for sleep now.... and the story had to use the words vision, memory, gifts, and beckoning.

My visions were strong and I knew that Mallaleha would soon be just another gift for the Gods. As the sun rose on the western horizon I saw the line of villagers bearing gifts for the ritual in two days time. Mallaleha appeared in the doorway beckoning me inside the temple to begin the preparations. I felt a small twinge of guilt as I knew in two days time she would cease to exist and then my family line would hold the most powerful spot in the village.

My children hidden in the swamps and high lands could come down and enjoy life as I wrote and dictated the rituals and spirituality of the tribe. What power what justice oh what vengeance would I hold in the palm of my deformed hand. What no one seemed to understand was that our deformity is what caused us to see the visions of the gods and was the only reason one of us always served the High Priestess without us she would be a shame a lie.

Now it was time for one of us to hold the position. It was our birthright, our gift to make up for the imperfection the Gods had given us and one I was fully prepared to kill for.
Posted by From the pen of Crystal Connor at 2:15 AM