Basically things have begun to move a wrap speed, my phone is ringing off the hook and I have a full calendar from now til God only knows. I've turned into my clients, the people who have tons to do and not enough time to do it in. I used to get so frustrated at their indecision when things were down to the wire, and now I know why...and it's probably why most of my clients hire me in the 1st place.

But when when your the only who is signing off on everything, when at the end of the day you have no-one to blame but you shit gets hard. I find myself toiling over the smallest of details, things so small that I make these kinds of decisions for other people, all day long, with the ease and effortlessness that it takes for me to breathe.

And now here I am stuck...my problem is with this amazing book cover art. I have to choose between this one.... 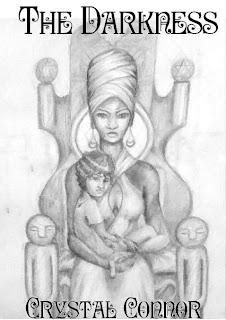 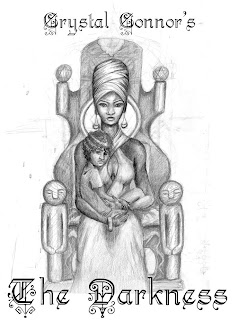 Posted by From the pen of Crystal Connor at 3:37 AM 2 comments:

Every once in awhile you’ll be lucky enough to stumble upon a low budget B-rate movie that blows your fucking socks off…such is the case with PHASE 4 FILMS 2008 film XIII The Conspiracy. 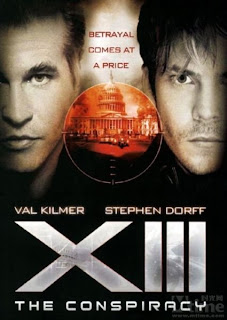 The assassination of the 1st woman American President, a US operative who can’t remember who he is, the government killing of innocent America’s on US soil, backstabbing & double-crossing, outlandish shot outs, sexy little hot foreign chicks, double agents, militia groups, terrorist, a shadow government, and egregious abuse of power director Duane Clark made every single tight penny count.

XIII moves at such a fast pace and has so many twists and turns you might get a little dizzy and if you blink you’ll miss something important. XIII is reminiscent of the Bourne series but it is in no way is it a knock-off. XIII has just a touch of Shakespearean-ism with the revealing of who was behind the presidents murder and why.

Even without a big budget production, simple stunts and fade-outs for commercials this was a hellofa ride, it’s a really good movie with a nice gotcha twist ending. If my book The Darkness is ever turned into a movie I hope it’ll be done by PHASE 4 FILMS.
Posted by From the pen of Crystal Connor at 12:15 PM No comments:

The newest thing I'll be adding to "Notes" is a podcast feature, there's a link here but it won't go live until about a week before The Darkness is available for pre-release...Oh! Speaking of pre-release I am having TWO pre-release parties and I am so excited about them. One is going to be hosted at my tattoo artist Rob's shop at Damaged Ink OMFG!!! =D and the other one will be held in a Seattle art gallery I have appointments next week to check out the spaces...parking sucks downtown so I might have to scout out places in Ballard/Fremont we'll see.

I'm having way too much fun, signing off for now gotta get some sleep, stay tuned for the DVD pick a month in review...
Posted by From the pen of Crystal Connor at 9:25 AM No comments: