This morning I got an email note from another blogger who asked me to check out his blog because the latest post was inspired by events that took place in Artificial Light.
I’ve been writing for a while now and some of the most contentious on-line wars I’ve ever seen have been over fan-fiction. I never entered any of those flame war conversations because both sides make really good points which left me wandering someplace in the middle.
I always wondered how I would feel if I had ever been ‘fan-fictioned’ and now that it’s happened I’m not gonna lie to you, I’m pretty stoked! It was written by blogger Craig Whibley and you can read it here:
Quake by Craig Whibley
Now don’t get me wrong, if I had found out about this via a multimillion dollar budget movie trailer I might not be skipping around on cloud 9 but with so much of my writing being inspired by others how would I look if lost my mind and started acting like a dick, claiming ownership of an idea, and threatening legal action over something as cool as this?
Hell the foundation for my short The Lazarus Antidote is built entirely on someone else’s work (used with permission of course, but still):
The Federal Vampire & Zombie Agency's (FVZA) legendary Dr. Hugo Pecos
And The End is Now would be completely different than it is now if not for the inspiration and collaboration I got from for Lori Titus. 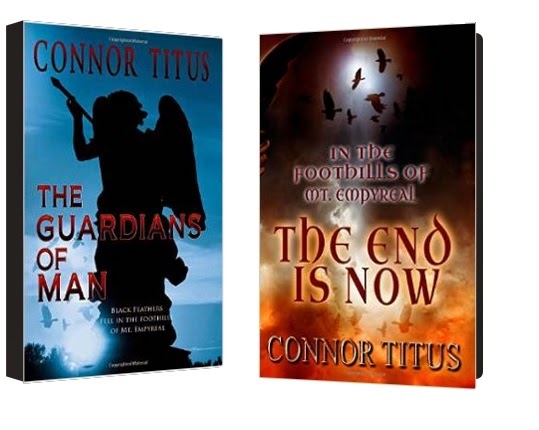 “We have taken the liberty of securing all the data that were compiled while you were under the umbrella of the Lotus Foundation. Dr. Farley, we are here to invite you to continue your research under the protection and with the unlimited funding that a group such as ours can provide. However, sir, if you wish to return to prison, that can be arranged, as we can continue this research without you.”
Dr. Farley was no longer uncomfortable in our company or distracted by the unmanned tower. The accomplished geneticist pulled his glasses from his shirt pocket and quickly scanned the patient files that were handed to him. He was back in his element for less than a minute before all the files were quickly flipped through and scanned.
“Invite me, what an interesting choice of words. Where are the others?”
“The others?” Ken and I asked in unison.
“Yes,” he answered irritably. “There are only six patient files here. Eight transitioned, so I ask you again: Where are the others?”
We said nothing, as we looked at each other in stunned silence.
“Arrogance breeds incompetence.” Dr. Farley actually turned his head and spat before he glared down at me from over the top of his glasses, clearly no longer bothered by our research or by Sentinel, who issued a growl of warning.
“Complete this research without me … maybe. If you paid as much attention to the data as you do to the idol god that you’re wearing around your wrist.”
I was furious. “Let me remind you that I’m not the one who spent the last seven years in prison, Dr. Farley.”
“And I need not remind you that I’m not the only one who’s placed a deposit to dwell in the fourth Bolgia! Let me ask you something, Artemisia, what is it that you need me for?”
“I do not need you for anything.”
Dr. Farley barked out a harsh laugh. “Of course you don’t. I assume I have a workspace in all of this.”
“State of the art,” I snapped.
Dr. Farley brushed past me and got in the car. “Then take me to it.”
Ken offered to drive.

Posted by From the pen of Crystal Connor at 1:46 PM