Before I even knew that The Darkness would be published I always told my family and friends that if I ever did become published that would be getting a tattoo of an ink bottle and quill on the inside of my right forearm because I am right handed.

Over the years I have been collecting pix of feather quills, flipping through tattoo magazines for other ink and quill tattoo’s and putting together a general idea of what I wanted my tattoo to look like…and for the most part it was going to look like the everyday glamorous quill’s like the one on the right hand side of this blog under “tools of the trade”

Though I didn’t know it at the time, my idea’s of my feather quill’s began to change when I wrote and posted a piece entitled “Colors part 2” (you can find it under the January archive) along with a comment by an anonymous poster, which lead me to put up the picture of the peacock in dedication to the hateful comments that anonymous left. 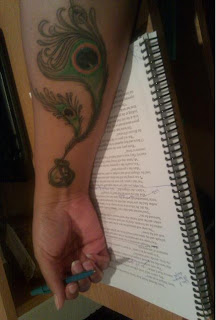 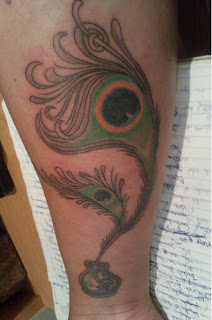 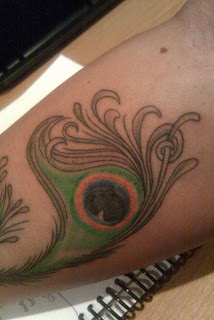 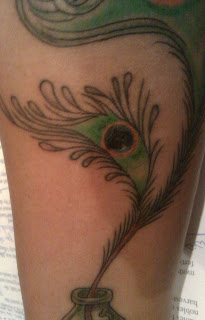 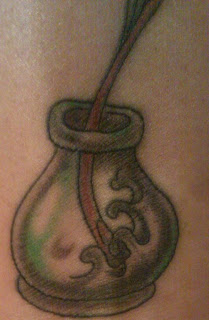 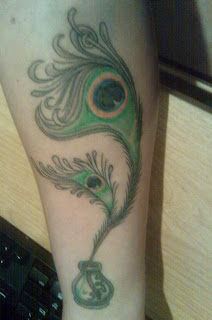 Like I said, keep an eye on me.
Posted by From the pen of Crystal Connor at 3:44 AM